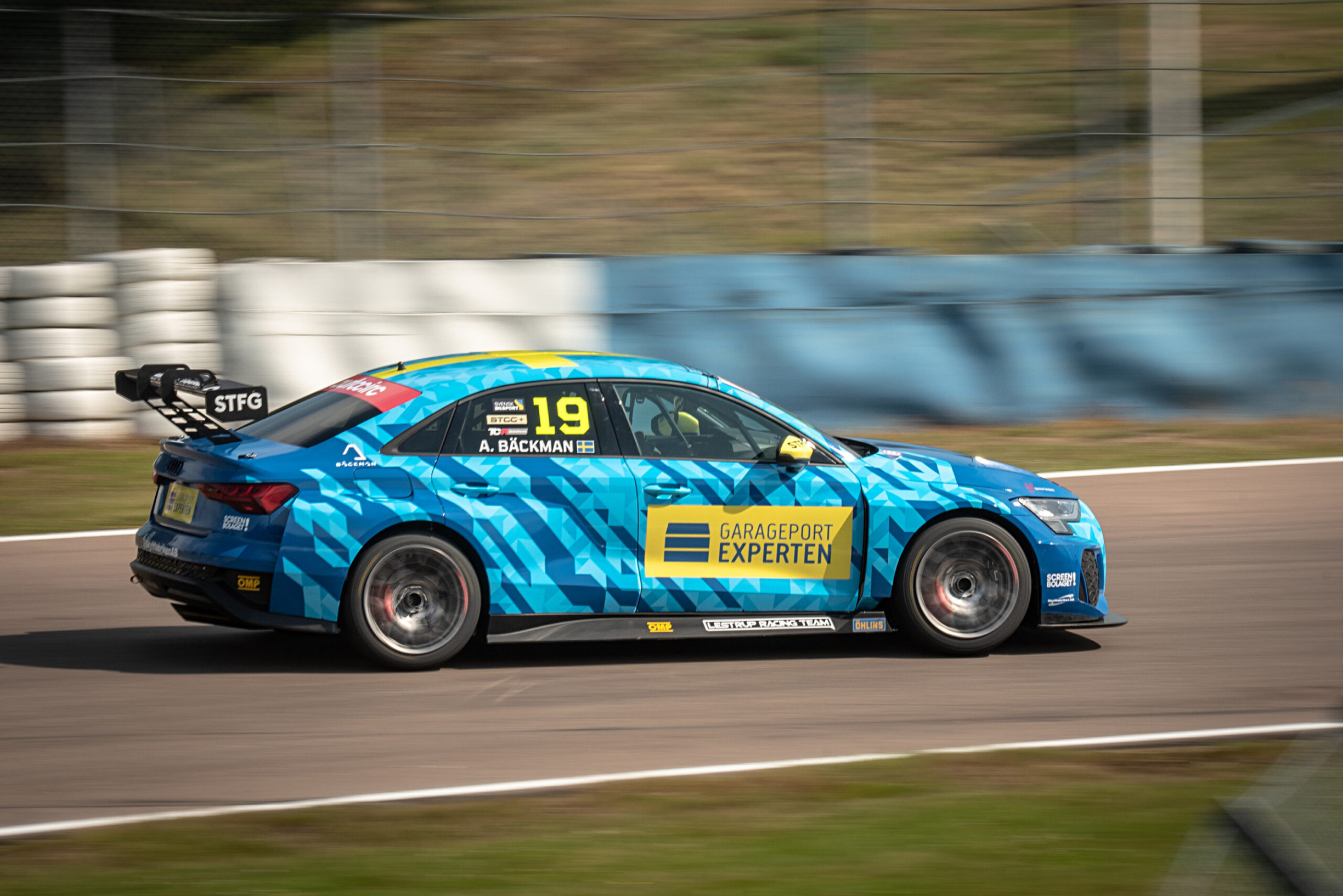 Andreas Bäckman posted the primary sub 60 second lap of the weekend to move the second Friday take a look at session forward of the STCC TCR Scandinavia occasion at Knutstorp.

Bäckman – who was second quickest to Robert Dahlgren earlier within the day – powered his Audi to a time of 59.956s within the session to move the same RS 3 LMS of Hugo Nerman by greater than four-tenths of a second.

The tempo was all of the extra spectacular contemplating that the circuit had been hit by rain in between the 2 classes, albeit with circumstances having improved by the point the sector streamed out onto the circuit for the second time.

Mattias Andersson’s Lynk & Co and Dahlgren’s Cupra had been the one different two vehicles to get inside half a second of Bäckman’s benchmark time, with Tobis Brink and Calle Bergamn simply behind.

Marius Solberg Hansen was quickest of the Volkswagen drivers in seventh spot, with Axel Bengtsson, Dennis Strandberg and Oliver Söderström rounding out the highest ten – with the latter the ultimate driver to lap inside a second of the tempo.

Qualifying is scheduled to kick off at 16:25 CEST.