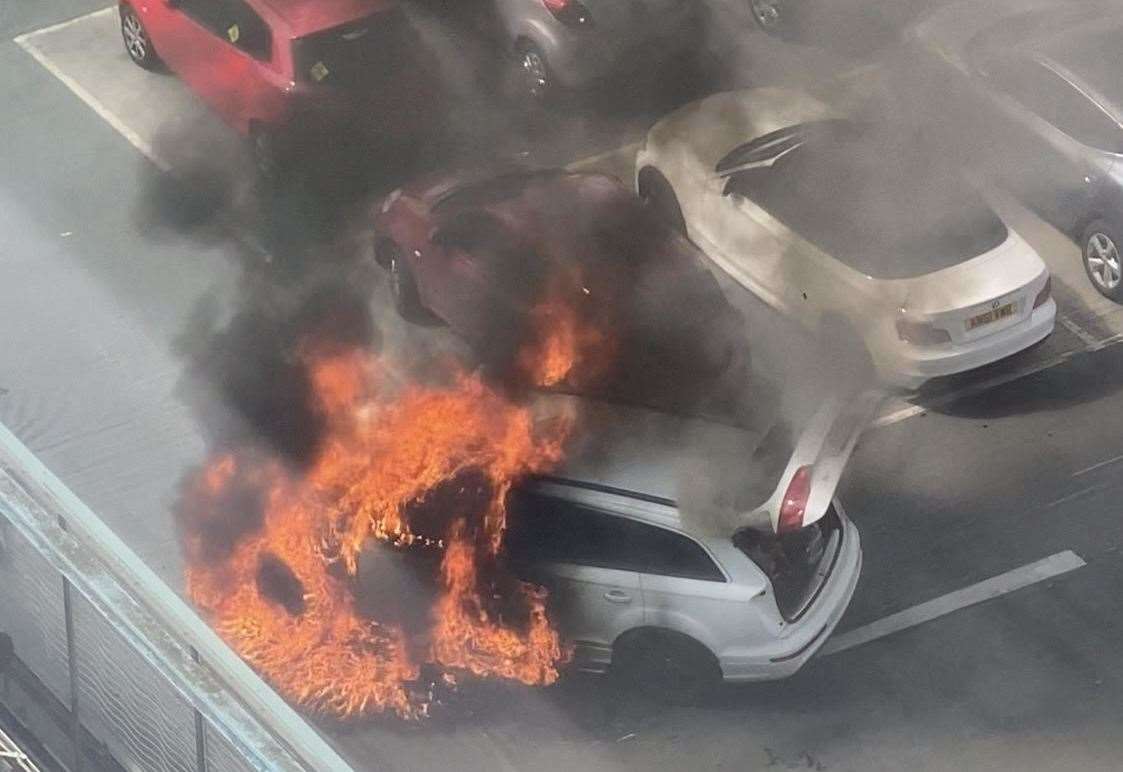 A Tesla and three different autos had been broken after a blaze on the roof-top automotive park.

The hearth began at round 11.30am in a white Audi Q7 on the highest of The Mall purchasing centre in Maidstone.

Two fireplace engines attended the incident as plumes of black smoke billowed from the burning automotive.

Police quickly shut off entry to the automotive park whereas the incident was being handled.

Three different close by autos, believed to be a Tesla, a Nissan Micra and a BMW had been broken by the flames and warmth.

Abi Wilding watched the blaze from her workplace in Maidstone Home overlooking the automotive park.

She mentioned: “It actually went up. There was a lot smoke it was like a foggy day and there have been loud popping noises coming from the automotive.”

The hearth is out now and the automotive park has re-opened.